The Christmas season is here, and it brings joy to think of all that Jesus has done for us. Finally having the opportunity to work with the legendary Dwight Palmquist has been such a blessing! We have preached the Gospel nearly every night. Partnering with the pastors all over, and plundering hell and populating heaven! There are many great things to say about Dwight, but he wouldn’t be the man he is today without Jesus! I too would be hopeless, joyless, and in deprived without God in my life. He continues to display His love for us. For the Lord does so many amazing wonders, and I have encountered a miracle I’ve never encountered before. It’s not I’m extra special or different from you in any way. I’m human and make mistakes too! Maybe it’s just I position my mind to believe that what God says in the Bible, is way more important than my beliefs or experiences. I also am so incredibly stubborn, in a good way! When a situation doesn’t change, then I pray harder or change the way I pray. I believe this “no backing down” attitude/stubbornness is what the enemy fears. When you learn to love to fight the bullies in your life, they don’t want to fight you anymore!A couple weeks ago we were having rain every night. Dwight and I had to find ways to keep the equipment dry during evangelism. Most of the time our crowd of 50-150 would also have ways to remain dry, but not this particular night. There was absolutely no shelter in sight. Most of the crowd left during the rain, but when it stopped half of them returned. Then it started to rain hard again! I was near the van and got inside to pray for these people to know God like I know Him. I really didn’t have the words, so I prayed in tongues for roughly 3 minutes. Then I said, “In the name of Jesus rain stop”. In less than 5 seconds there was no more rain! I was awestruck by God! Immediately stepped out of the van at the moment Dwight, who was safely under his umbrella, was calling me to testify and pray for the sick. I gave one of my testimonies about how God is a personal God. I spoke on how God is not only the King over our souls, but also the King over our bodies. The crowd being diminished because of the rain did not hinder my belief in that God wanted to do something very special for somebody. God had just stopped the rain when I prayed in the van, and I believed there was more to come. I asked again who needs prayer for their body, and a man walks up using a walking stick. I look at him with compassion as it wasn’t long ago I too was in that place of agonizing pain because of a shattered femur. I asked him where the pain was, and he revealed his hip. I prayed for him and God healed him! I didn’t ask how the man got this illness, I just simply commanded it gone as Jesus is my example. Some try to complicate things by finding out if the sick person has grandparents who are in the occult. I never read about Jesus having to figure out why this or why that. He just healed the person, and then says to go and sin no more. After our outreach, I was informed that he was the town drunk. Everybody knew who he was, but despite his failures, God’s grace healed him! The town drunk was convicted right in his tracks, and he was the one who said he thinks his drinking is what caused his illness. This is not a first for me to see, as I’ve killed people’s high so to speak. Prayed for a woman back in the states who was high on weed, but still had chronic back pain. Prayer fixed her back and took away the high at the same time! She too was left in tears by an Almighty God! Don’t think that you’re too grown up to cry. Contrary, the closer you get to the Lord, the more you will see your sin, and cry out for Him! God is the same God yesterday, today and forever! He is the same God here in the Philippines as He is in the States. What Jesus will do for me here, He can do for you there! Make the decision now before your New Year’s resolution, that you will strive for that “no backing down” attitude! You can and you will see God’s glory manifest in your life! I’ve seen roughly 100 people healed just in the past month, and was blessed to teach and watch ministers at Evangel Bible College do the same. This is the season to remember that Jesus took our sicknesses and our sin so we didn’t have to! This is the season to share hope and joy with those who are lacking. Money doesn’t fix problems, but prayer to a living God does! Share your hope and joy by praying for others! Have a blessed Christmas! 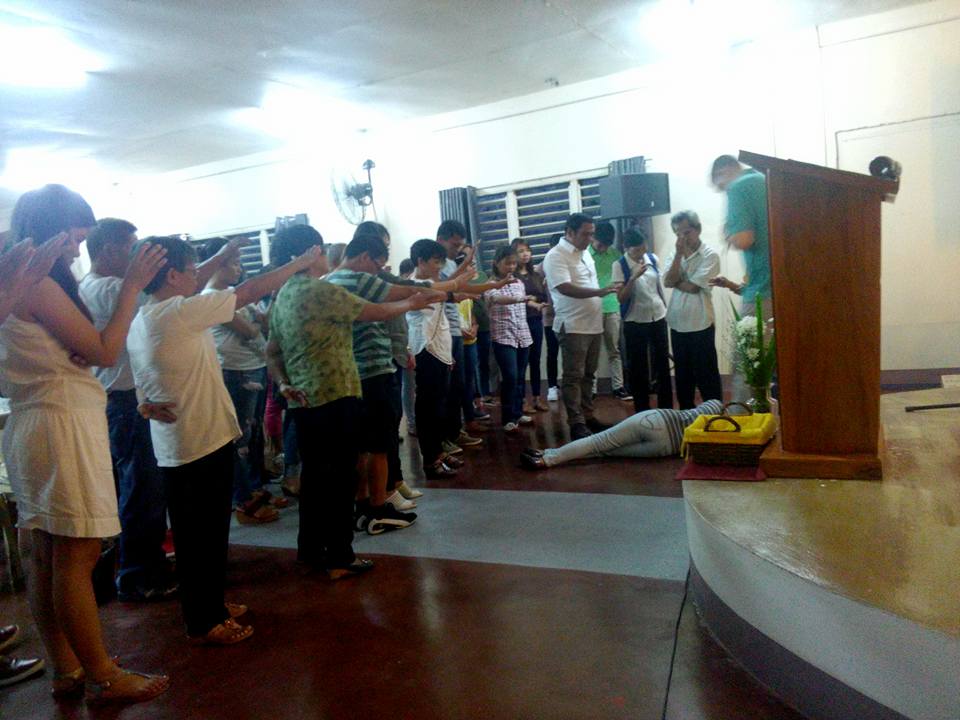 God touched her and she fell over. Wasn’t expecting it but glad i caught her. 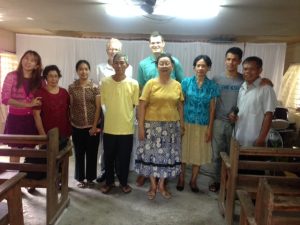 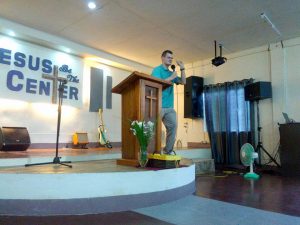